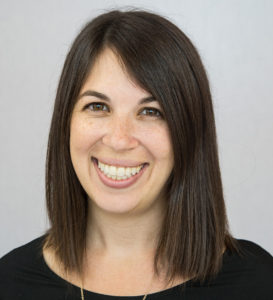 Lauren Hoff-Downing has spent her legal career fighting for others. While a law student at the University of Pennsylvania (where she graduated Order of the Coif) she volunteered at the Penn Law Immigrants’ Rights Project as well as the Penn Law Women’s Legal Assistance Project. She also researched and drafted briefs involving civil rights cases at the Public Interest Law Center in Philadelphia and also was an advocate for low income clients faced with predatory mortgage companies and debt collectors while volunteering at Community Legal Services. While living in Georgia, she fought to end wage theft and discrimination facing farm workers and immigrants in low income communities while working as a staff attorney at Georgia Legal Services (Farmworker Rights Division). In 2015, she served as a law clerk to the Honorable Cynthia Rufe at the United State District Court for the Eastern District of Pennsylvania where she conducted research on all aspects of civil litigation as well as prepared bench memoranda and assisted with drafting judicial opinions.

Lauren embodies what this law firm is all about: someone who fights for those who do not have the resources to fight for themselves. Someone who graduated from one of the best law schools in the country, clerked for a federal judge, but then decided to dedicate her legal career to helping others.

ABC on the Books and in the Courts: An Analysis of Recent Independent Contractor and Misclassification Statutes, 18 U. Pa. J. L. & Soc. Change 1 (co-author)